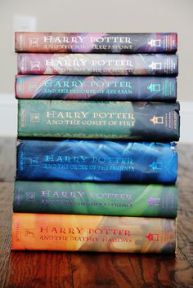 I, like many people from my generation, have grown up with Harry Potter. I was 11 when I started reading Harry Potter and The Philosopher’s stone, same age as Harry. Then at age 12, I continued with The Chamber of Secrets, then at 13, I was on The Prisoner of Azkaban. And so on until I was 17, almost 18, doing my final year at school while reading The Deathly Hallows. I had a golden childhood and one of the reasons for that is a book, my love for which I keep until now.

I was convinced I didn’t like fantasy at all (a beautiful example of how well one ‘knows’ oneself), however, some of my favourite books and movies prove me wrong- Harry Potter, The Lord of the Rings, Game of Thrones, The Mortal Instruments to name but a few. What I realised I like most about fantasy, is it perfectly represents the world we live in, with its complexity, the fusion of good and bad, the everyday fight for survival. Maybe I exaggerated the last bit slightly, but don’t we fight for a place in this world every day? Don’t we battle our inner demons every single day? Don’t we have a concept for our life we struggle to prove right? Every. Single. Day. Of our existence. 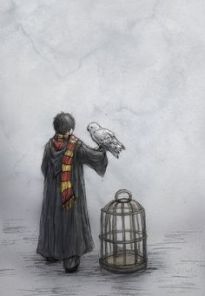 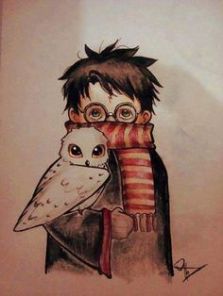 As most of you know, the Harry Potter series show the path of a small and lonely child through life. A child whose biggest challenges happen to be in the very early stages of his life. Stripped of his parents as a baby, raised by people who despise him, Harry turns out to be a decent young person nonetheless, unaware of the world he belongs to and his significance for its well-being. As Harry is growing up, the books evolve with him, showing that none of the characters is pure good or pure evil. Even Voldemort has his reasons to be what he is by the end of the story. Voldemort, Harry and Snape are my favourite characters in all the books, having had the most extraordinary life paths from all characters (Dumbledore is quite interesting as a character too, but his early life is not explored that much, which is why I rather see him as one-dimensional).

Voldemort, who is a product of love magic his mother performed on his muggle father, is not capable of feeling love for anyone for that sole reason. I think what J.K. Rowling is trying to say here is that love cannot be forced. You cannot force someone to love you, but you can force them to be with you nonetheless, and the result could be devastating. Voldemort grew up as a lonely, orphaned child with no one to count on in this world but himself. He was cruel from an early age, feeling that he was very different from those around him. The pivotal point in his behaviour, though, is when he finds out he’s a direct heir of Salazar Slytherin; this leads to him believing he’s greater than all muggles and certainly greater than most wizards. His vanity led him to do terrible things. He had a weak spot, though. It’s true he didn’t feel love for any living creature, but he did love one thing in particular-Hogwarts, the only home he ever knew. This is the one thing him, Snape and Harry have in common, the limitless love they have for Hogwarts.

We don’t know much about Snape until the very last book – The Deathly Hallows – where we find out that he loved unconditionally Harry’s mother Lily and he risked his life ever since she was killed to protect her son. Snape, just like Voldemort, had a muggle father who despised wizards and a wizard mother who despised him. The only happy moments in Snape’s early life were those spent with Lily. He, much like Voldemort, found his real home in Hogwarts and remained there for almost his entire life. Maybe those similarities with Voldemort’s life made Snape admire him and his ideology so much and if it wasn’t for Lily’s murder, he would probably have stayed with Voldemort, although, getting to know Snape in the last book, we seem to understand that deep inside he’s a decent man. 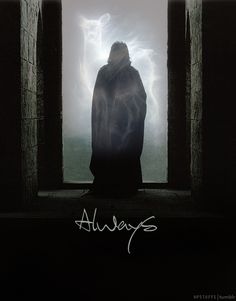 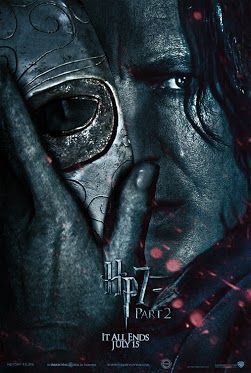 Harry, the last of the three to join Hogwarts, has had a difficult childhood as well. He also didn’t know love as a child but the huge difference between him and Snape and Voldemort is that he himself is a product of great love between his parents. It’s true he grew up with people who despised him, surrounded by people who didn’t understand him. Just like Voldemort, he wasn’t fitting in the muggle world, but he didn’t know why. His early life experiences should have made him an angry and bitter person but they didn’t because he was loved – by his parents, by his godfather, by Dumbledore- although he didn’t know that until he was exposed to the world he belonged to. 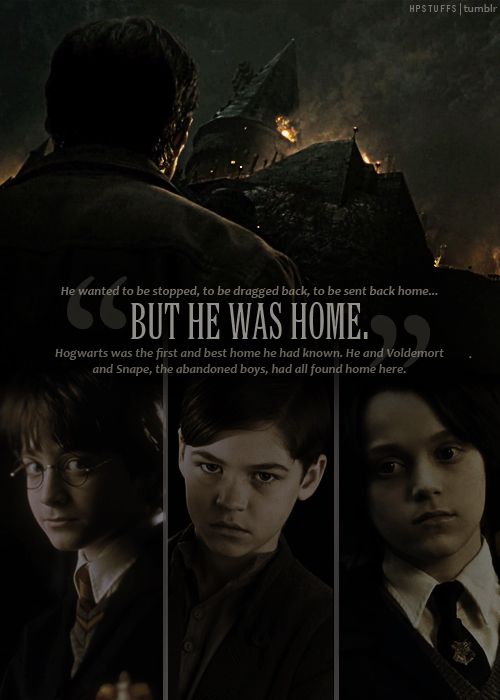 Although it is a children’s book, Harry Potter teaches wisdom adults could also learn from. I think this book series is suitable for absolutely everyone- from a child to an old man. This is because a child lives inside each one of us and if we let them come out on the surface, we’ll be much happier. A child certainly lives inside me and she will always be friends with Harry!