Today’s post is a little bit different from what I normally blog about. But since I love all forms of art- cinema, theatre, music, literature, painting etc., and definitely consider myself an art person, I decided to share my opinion on modern cinematic art and its impact on society. My focus is on Hollywood because unfortunately, this is the only entertainment and show business industry we have access to on a global level. The thing that actually provoked me was a biography book I came across recently. It is the first biography of actor Christian Bale, published independently by his former assistant. I found out about the existence of this book through Facebook, because its official page appeared as a suggestion on my timeline. I checked it out and decided to read some reviews on Goodreads to see what it was about as I don’t like biographies and have read just a couple in my life. However, I do like Christian Bale so I thought I might give it a go if it was good and if it’s focus was on his career. Apparently, what it turned out to be was an angry former assistant taking revenge by revealing very personal aspects of a very secretive person’s life. I was disgusted by what I read and decided I will NOT read such thing.

Christian Bale is one of my favourite actors and I respect him a lot for his talent and for his personality. I don’t know him of course, but I like his approach to the public- very respectful and a little bit reserved. What I like about him is that his personal life is very private and normal and I wish it to remain so. I don’t want to know whether he talks to his siblings or not, what he’s like at home, when he goes to romantic dinners with his wife etc., that’s his business. I only want to see him in good, quality movies like “The Machinist”, “Batman Begins” & the two “Dark Knight” films, “The Fighter”, “American Hustle”, “American Psycho”, “The Prestige” and so on (the list is quite long). And I want his performances to keep getting better and better with each movie he makes. I love his acting style and his dedication to his roles and respect him for that. There are not many actors out there, who are ready to do the things he’s done. That’s why I think his former assistant’s biography is absolutely tasteless, disgusting and unethical. It’s robbing Christian Bale of his privacy and is exposing very personal aspects of his life to the public, which should never have happened. Actors’ job is to entertain the public and be ready to cross borders in the name of art but they are not obliged to feed the public’s curiosity. I’m absolutely against actors revealing their personal lives because that is killing the art. 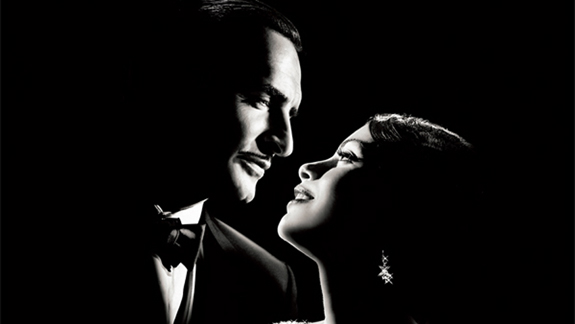 Unfortunately, most of the so called celebrities are much different than the Christian Bale model I just described. Nowadays, talentless people rely on scandals to become famous. Drugs, alcohol, love relationships, marriages, divorces, affairs etc. are the things some celebrities use to get the public attention. And sadly, most of them succeed in that. What is sadder though, is that a lot of people really care about those celebrities’ lives and not about their art. Of course, there are many types of entertainment and a lot of people enjoy reading gossip magazines for example., but I think the celebrities filling those magazines should not be put under the same category with real actors/artists/musicians who are famous for their talent and what they create and give to the world and not for their personal life. I think when an actor’s life is too exposed to the public eye, they somehow lose their magic and struggle to get into their characters and be convincing. This is because there should be mysticism around actors as this way they can easily become someone else; the public should never be allowed to see the real person behind the mask. That’s why I think celebrity is killing the art and that’s why I think actors such as Christian Bale and the late River Phoenix are brilliant because one will never know who the actor behind the character really is.

2 thoughts on “Artists vs. Celebrities: Is Celebrity Killing The Art”